Why Made In USA Matters

Why Made In USA Matters

Why Made in USA Fashion Matters

Indie Source enables independent designers to produce fashion lines that are made in the USA. But why?

For Indie Source, “Made in USA” is much more than a label or marketing tagline. The loss of American clothing manufacturing jobs to low-wage overseas factories has been harmful to workers, communities, and the environment. In addition to being a powerful resource for designers to develop and produce their lines, Indie Source is committed 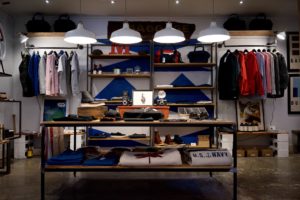 to reviving American clothing manufacturing and, along with it, creating skilled, well-paying jobs for domestic workers while influencing a move away from cheaply-made and cheaply-paid fast fashion.

During the 1960’s, about 95% of the clothing worn in the US was made domestically. The decline of US manufacturing has hit one industry hardest: clothing. Today, 97 percent of apparel and 98 percent of shoes sold in the U.S. are made overseas, according to the American Apparel and Footwear Association. The loss of domestic apparel manufacturing jobs has diminished what was once an in-demand trade that allowed Americans to support their families. More than jobs, an entire skill set has nearly gone extinct as most American sewers, cutters, and patternmakers are in their 70’s and 80’s. Bringing clothing manufacturing jobs back the US brings with it the rise of a new generation of skilled garment professionals and revitalizes a highly specialized trade.

While clothing produced cheaply overseas provides a ready source of low-cost garments for American consumers, the proliferation of apparel manufacturing jobs has harmful effects in developing countries. Garment factories compete for business by constantly undercutting each other’s prices, which continuously drives workers’ wages down while pushing productivity demands up. Worker safety is often ignored as factory management prioritizes production above all else. On April 24, 2013, the Rana Plaza factory in Bangladesh collapsed, killing 1,100 people. 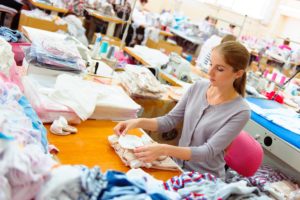 This disaster brought the plight of third world garment workers into the public eye. With constant downward pressure on wages, as well as negligible safety and environmental regulations, the rise of apparel manufacturing in developing nations exacerbates poverty, worker deaths, and environmental destruction, even while creating more jobs.

Watch the 2015 documentary The True Cost to see a fascinating and frightening expose on the massive outsourcing of US garment manufacturing to developing countries and its impact on quality of life, safety, and environmental conditions around the world.

Indie Source is proud to be part of the Made in USA movement and we look forward to making a positive impact in the lives of clothing designers, tradespeople, communities, and consumers for years to come!

Starting A Successful Made In USA Clothing Brand