A “sense of dream” and vision of success propelled Ralph Lauren from humble beginnings in the Bronx to the very top of global fashion.

The name Ralph Lauren conjures images of classic American luxury. But the esteemed fashion entrepreneur came from humble beginnings. Lauren’s journey to success is marked by a powerful combination of hard work, vision, and passion. 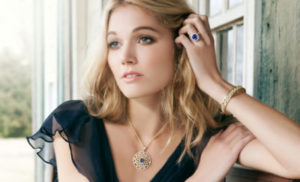 Motivated in the business of fashion early on, Lauren was known for selling ties to his classmates at Marsha Stern Talmudical Academy. He dropped out of college after two years and served in the U.S. Army from 1962-1964. Lauren then married Ricky Loew-Beer and moved to New York City to pursue his dream of success in the fashion business.

He worked briefly at Brooks Brothers, then became a salesman for tie manufacturer A. Rivetz & Co. Lauren. He proposed a design for a wide, European-style necktie, but the company didn’t think it would sell. So Lauren started his own business making ties out of fabric remnants and selling them to small shops. His independence and resourcefulness in moving forward with his tie design were key to his entrepreneurial success.

A 1,200-count order from Neiman Marcus marked Lauren’s first big break. His Polo label grew in success and eventually he secured a boutique at Bloomingdale’s flagship store on 59th St. in New York. Lauren opened the Polo boutique on Rodeo Drive in 1971. What would soon become the famous Polo logo short sleeve pique shirt was released in 1972, along with his first Ralph Lauren collection for women.

Today, the Ralph Lauren Corporation designs and markets apparel and accessories, home furnishings, and fragrances under brands such as Polo by Ralph Lauren, Chaps, RRL, Club Monaco, and RLX Ralph Lauren. According to Vault, the company operates over 460 retail stores worldwide and its collections are available at nearly 13,000 retail locations, with 2015 revenue at over $7.62 billion. 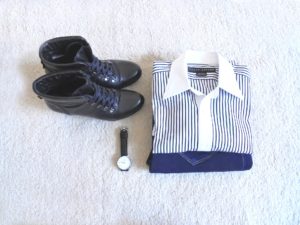 Still married to Ricky, and the father of three children, Ralph Lauren is one of the wealthiest men in American fashion. His net worth is $5.7 billion according to Forbes. He has a well-known collection of over 70 rare and vintage automobiles. Through the Polo Ralph Lauren Foundation, Lauren contributes significantly to the fight against breast cancer by funding charitable initiatives around the world.

Lauren’s enchantment with the dream-world of movies and self-fueled pursuit of success has evolved into a multi-billion dollar empire and an iconic style forever linked to the name of a working class boy from the Bronx. Here at Indie Source, we are passionate about helping emerging designers, like Ralph Lauren once was, to pursue their dreams and achieve powerful success.