The Chicago Tribune reports on designer Rebecca Minkoff’s new strategy at New York Fashion Week. Consumers were able to buy items from her new collection right after the show, eliminating the usual six month delay between showing a line and having clothing available in stores. How did Minkoff pull it off? By manufacturing her new items domestically in the U.S. 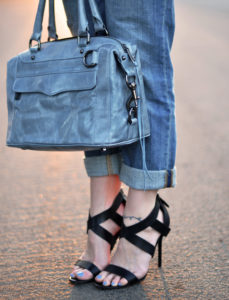 The fashion designer and entrepreneur unveiled her restyled collection for Spring and Summer last week. As part of her new strategy (which Minkoff has described on social media using #SeeBuyWear), consumers were able to shop her collection immediately after the show.

Since Minkoff announced the shift in December of last year, major brands like Burberry, Tom Ford, and Tommy Hilfiger have said that they, too, would be peddling their clothes in real time.

Typically, designers show off their latest designs as much as six months before the collection hits retail stores, allowing fast-fashion brands to imitate the looks in the meantime and steal away potential sales. What’s more, consumers have a tendency to grow tired of the new designs, which are no longer “new” by the time they’re available to shop.

While Minkoff’s show featured some already-shown items, including a billowing blue maxi dress, called the Jane, 17 new capsule pieces were introduced in the collection. All the new pieces were manufactured at domestic factories, rather than overseas, in order to hit the runway in time.

“What we started noticing was this sense of consumer fatigue,” said the brand’s CEO, Uri Minkoff, of the decision to feature a spring label. “The idea became: How do you sell great, full-price retail? How do we reset the system?”

Of course, he admits that shifting the retail timeline has involved many challenges. For one thing, the company had to manufacture the new items in the U.S. at factories in Los Angeles and New York City, as opposed to abroad. 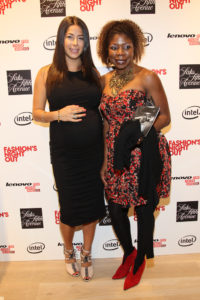 The supply chain shift ended up being a boon for the brand.

“Now we have this more diverse supply chain to be able to react to what’s happening, and as opposed to what’s been happening six months ago,” said Minkoff.

In December and January, for instance, the company kept up with fashion-related searches on Instagram, and even rolled out indoor jackets — the Rebecca and Fellini jackets — when East Coast temperatures dropped substantially last month. Minkoff added that the company was able to incorporate trending pant shapes and colors.

When asked if there was anything else about Fashion Week that needed disruption, head designer Rebecca Minkoff was clear: “I think I’ve taken on enough this year.”