Fashion vs. Function: The Pocket Problem

Fashion vs. Function: The Pocket Problem

Consumer buying habits are influenced by a number of factors. Cost, branding, and the design of apparel can determine the success or failure of a clothing line. One aspect that can be overlooked in the design of a line is the functionality of the garments. Whereas some consumers might consider what is fashionable as their main driving force in the buying process, others might weigh the functionality or practicality of apparel with just as much gravity. 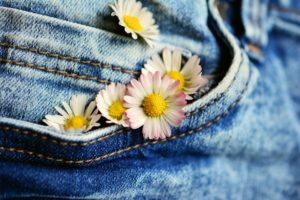 Specifically, in men’s apparel, the abundance of pockets and pocket placement plays a large factor. Let’s assume that the average man, at any given time, carries multiple items on his person: cell phone, car keys, wallet, sunglasses, gum and/or mints, maybe even cigarettes, and a lighter. The normal five-pocket jean will allow for storage of these items, but in that confined space the transporting of said items will not be a comfortable journey. Options for transportation of these items come in the form of courier bags, backpacks, and carryalls. These accessories address the problem of transporting items comfortably, but each has its own drawback. Courier bags are becoming more prevalent in society, but most occasions outside of business functions do not call for that level of affectation. Backpacks are a student’s best friend, but for many adults, it can lead to a perception of immaturity. Carryalls, which have a resemblance to women’s purses, are mostly unacceptable for men in American culture. 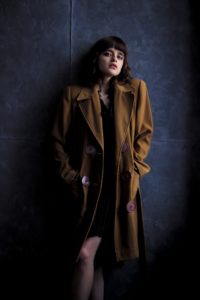 With disregard to the shirt (pocket bulges where there should be straight lines are unbecoming); the next viable option becomes outerwear. For this instance, outerwear will refer to any apparel that is used over a shirt: cardigans, jackets, pullovers, hoodies, etc… Open pocket versus button pocket versus zipper pocket seems like a marginal argument; but if lifestyle choices dictate a person to carry a handful of items, those choices can have impact on what form of clothing is purchased. Designers that envision outerwear with shallow, inseam, and/or vertical pockets might want to incorporate zipper pockets, rather than an open or button pocket, to ensure that consumers’ items do not fall out. Deeper horizontal pockets should have buttons, to avoid a blousing effect created by the items that are kept within. Outerwear used for weather-related reasons should at least have one inside pocket; if slash pockets are incorporated they should be deep enough that a hand and a small item can fit into them comfortably.

It can be easy to overlook the development of functional clothing while still trying to make fashionable apparel. Pockets serve a simple function, but the abundance or lack thereof can stifle even the most fashion forward buyer. It is necessary to remember that clothing was created to satisfy a need in society. As needs and desires become more sophisticated, designers and apparel makers would do well to consider not only the fashion, but the function as well.

How to get Media Attention for Your Brand